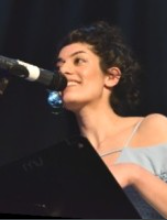 Rasteen Riyahi-Boni works as a paralegal in the City for Osmond & Osmond.

Rasteen is the Communications Lead at SHERA.

Rasteen completed her Graduate Diploma in Law in 2021 with a Distinction and now works as a paralegal in the City for Osmond & Osmond. She has a long-held passion for tackling domestic violence and has helped multiple victims to obtain emergency non-molestation orders from the Family Court as a pro-bono caseworker for the National Centre for Domestic Violence.

She previously volunteered as a Women’s Aid Campaigns champion where she advocated for victims by writing to MPs regarding vital amendments to the Domestic Abuse Act 2021. Rasteen previously worked in public affairs at the British Red Cross, leading an independent Parliamentary inquiry as secretariat for the All-Party Parliamentary Group for Loneliness (a cross-party group of 16 MPs and Peers seeking to change policy and legislation on this matter).